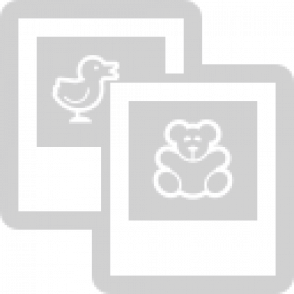 Russian – European Laika is balanced, intelligent and obedient dog, which, however, as almost all Nordic hunting dogs must reckon with exceptional autonomy, during the hunting, the hunter is far and wild escapes, it  must follow its own discretion. Therefore, we could not expect absolute slavish obedience.

With appropriate early socialization and consistent, but loving upbringing from a very young age, it is getting well with other dogs and the owner's family, including children, it behaves very friendly. It closely guards. To the owner is absolutely loyal defender because the breeding kennels particular emphasis on the sharpness of (de facto aggression), killing cats, but also other small animals almost immediately.

It can live in city, but it is the best suited to the country where it has ample opportunity to hunt, and in the most extensive hunting grounds. It has a perfect sense of orientation it excels immense courage, willing to attack and animals much larger than itself. When it lives in the city it requires regular, long and hearty walk in nature, e.g. large parks but never this kind cannot be released from the leash. Its hunting instinct is so powerful that soon it has the opportunity it goes on a hunt in which case even in otherwise good controllability it cannot be appealed. Dog can be all year round in the outdoor pen, but its coexistence with humans it is better when dog does not spend all its life in outdoor pen.

This is a medium-sized dog reasonably strong constitution, with well-developed muscles, dry, square body frame. Height at withers, male is 52-58 cm and 48-54 cm in females. Sexual dimorphism must be distinct, secondary sexual characteristics must be significant.

The head is quite lean (dry), a triangle shape, longer than wide. The skull should be fairly broad, occipital part is not pronounced. The frontal slope is distinct thanks to strong supraorbital ridges, but they should never be precipitous. Muzzle should be slender and pointed at the end, the nose is medium size, regardless of coat colour is always black.

Lips are thin and tight fitting to the jaws and teeth. They have to be big, strong, white, evenly spaced jaws. A full set of teeth and scissor bite are required.

The zygomatic arches are clearly apparent to the parties as well as muscle cheeks. The eyes do not have to be big. They are oval in shape, moderately oblique, with lively and intelligent expression. Their colour should be dark brown or brown hue of the corresponding colour of the coat.

Earlobes must be high, erect, moving, "V" on the tops pointed.

The neck is muscular, lean and dry on the imaginary cross-section oval. The body has distinctive clearly protruding withers, especially by males. The back should be straight, strong, muscular and fairly broad. Loin is short, broad, sufficiently muscular and slightly arched. Croup is required broad, moderately long, slightly sloping.
Curled or sickle curled; touches the back, the upper thigh or buttocks. When stretched reach down to the hock joint or be 2-3 cm shorter.

The chest should be wide and deep, so that it reaches to the elbows. The belly is noticeably tucked up, the bottom line of the body from the chest backwards increases. The forelegs are slim, muscular and straight. Shoulders are long, slanting shoulder bones should be long, sloping, well-muscled, elbows close to your chest and peaks pointing straight backwards, forearms should be straight, lean, muscular and appropriately parallel to one another. Pasterns are short and slightly slanted. Feet should be oval, arched, fingers clenched tightly. Preference is given to the absence of dewclaws.

The hindquarters should be muscular, clearly in all major joints angulated, straight and parallel to each other. Femur should be moderately long and sloping. Tibia shall not be shorter than the upper thigh and are skewed. Hocks are perpendicular to the substrate. Movement should be free.

The body coat consists of a top coat and undercoat. Guard hairs of the outer coat are straight and hard. The undercoat is a rich, thick, soft and woolly. On the head, face and earlobes hair is short and dense, neck, withers and shoulders should be longer and form a collar, which is noticeable especially in males. Also on the cheeks coat tends to be longer and form the "whiskers".

On the front of the legs should be short, thick and dense, on the back of forelegs extended as well as behind the thighs, where it forms a "pants", but not "fringing". Inter digital spaces covering short coat that protects the paws. The tail should be profusely coated, covered straight, and the rough at the bottom of slightly longer hair, but does not even called. Flag, or "fringing". The most typical is considered colouring black-and-white or white-black. It is also permissible uniformly black or white.

All faults  from the requirements of the standard is to be considered as defects and evaluate accurately the degree of expression with regard to health, welfare and the ability of the traditional employment of the individual. Disqualification include aggression or fearfulness, any obvious abnormalities physical or behavioural incorrect bite, absence of teeth other than first premolars (P1) and molars 3 (M3), even bite patients over six years, "Glass" (whitish) eyes, mottled or otherwise than specified standard coloured iris, earlobes hung or forward drooping tail bobtail sickle, "otter" (covered around just long hair), very short or long furred or shaggy, any non-standard specified coat colour.